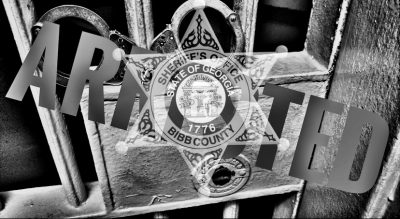 Bibb County Sheriff’s Investigators charged three juveniles with armed robbery as they investigated a string of Commercial Armed Robberies that involved seven different fast food restaurants and one pharmacy. These armed robberies were committed from January of 2022 through May of 2022.

Investigators arrested a 16-year-old male juvenile in connection with the commercial armed robbery attempt of the American Faves and More. This incident took place on May 30, 2022. Through the course of the investigation, Bibb Sheriff’s Investigators were able to follow the evidence and connect his involvement with other armed robberies that took place prior to this incident. This male juvenile has been charged in connection with several commercial armed robberies that occurred on Gray Highway, Riverside Drive, and Pio Nono Avenue. These incidents occurred in a five month span at the beginning of 2022.

This 16-year-old male juvenile was taken into custody after being released from medical care. He has been charged with (9 counts) of armed robbery, (10 counts) of Aggravated Assault, (10 counts) of False Imprisonment, and (7 counts) of kidnapping. He remains in custody of the Youth Detention Center.

While investigating the armed robbery that took place at the Krystal’s, Investigators also identified two additional 16-year-old male juveniles that were involved. On November 9, 2022, Bibb Sheriff’s Investigators interviewed the two other male juveniles and also charged them in connection with this incident.

Anyone with information in connection with this investigation is urged to contact the Bibb County Sheriff’s Office at 478-751-7500 or Macon Regional Crimestoppers at 1-877-68CRIME.