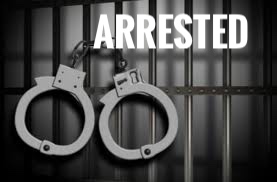 At 7:52 a.m., the Bibb County Sheriff’s Office received a report in reference to a personal robbery of a vehicle. The incident occurred at the Citgo Gas Station, located at 1803 Pio Nono Avenue.

It was reported that a male victim was sitting inside his truck, when a second male walked up, and opened the rear door. The driver got out of the vehicle, and confronted the other male. The two men got into a physical altercation. The second male jumped into the driver’s seat and sped off, headed towards Anthony Road. The owner/driver of the vehicle was not injured.

At around 11:00 a.m., Bibb County Sheriff’s Office patrol deputies located the stolen truck heading north on Hawkinsville Road. When the driver of the truck saw patrol deputies, he turned around and began to head south. Deputies conducted a traffic stop with the truck, and apprehended 46-year-old Joseph LaMichael Wilson, without incident.

Wilson was transported to the Bibb County Sheriff’s Office Law Enforcement Center. He is being held on the following charges: Theft by Taking (Felony), and Robbery (Felony). Wilson currently does not have a bond.  The vehicle was returned to the owner.

Anyone with information about this investigation, is urged to contact the Bibb County Sheriff’s Office at (478) 751-7500 or call Macon Regional Crimestoppers at 1-877-68CRIME.